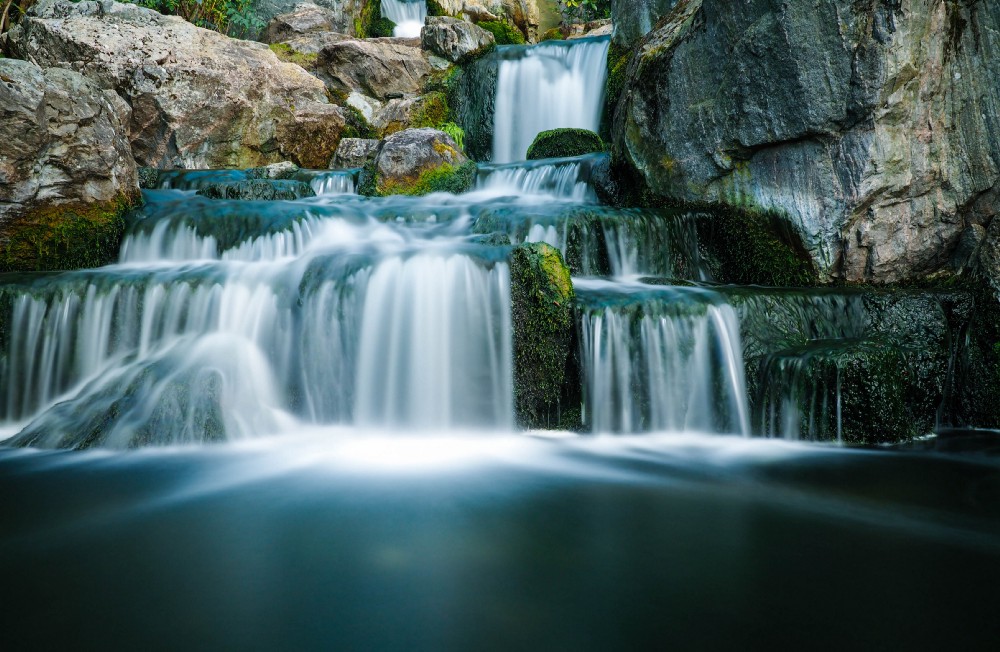 To continue learning CSS, I've been looking at CSS positioning. This involves using the CSS position attribute which can be set to either relative or absolute.

relative means that element is positioned normally within the flow of the document relative to any other elements. After defining position as relative, an offset can be applied with the top, bottom, left, right attributes which define the position of the element relative to its normal position.

absolute means that the element is removed from the normal document flow and is positioned relative to the previous positioned ancestor, or if that doesn't exist, the top left of the page. As with relative, the attributes top, bottom, left, right can be applied.

As a basic challenge, I've decided to write a web site "header" image. What I want is an image with a h1 and h2 text positioned on top of the image as shown in the following image.

The HTML for this is fairly staightforward. As before, I've created a wrapper container and added the image and text to display. The wrapper class contains a div with a heading class that does most of the work.

The wrapper class simply creates a centered block that is 80% the size of the page:

I then define the heading class, setting the position, max-height and overflow properties so that the background image is displayed correctly:

I want the image to fill the entire width of its container, so I apply that via a CSS rule:

I then define the position of the h1 and h2 elements as absolute, i.e. relative to the div with the heading class.

Finally, I want to bring all subsequent elements, for example the remainder of the page, back into the normal flow of the document. I do this by creating a heading.after style which is then applied after the heading is displayed.

You can see the results on my CodePen below:

Rather than adding an image to my project, I've used one from Lorem Picsum.

To get dummy text to fill the page, I've used the British Dummy Text Generator

Using positioning in CSS, its fairly straightforward to position elements on a page relative to other elements or the page itself. There's not much CSS in this sample, but I'm pleased with the results.